What means of SPDT,DPDT, and 3PDT, is represented? If ordering 9-feet toggle switch, which kind it is.

What means of SPDT,DPDT, and 3PDT, is represented? If ordering 9-feet toggle switch, which kind it is. 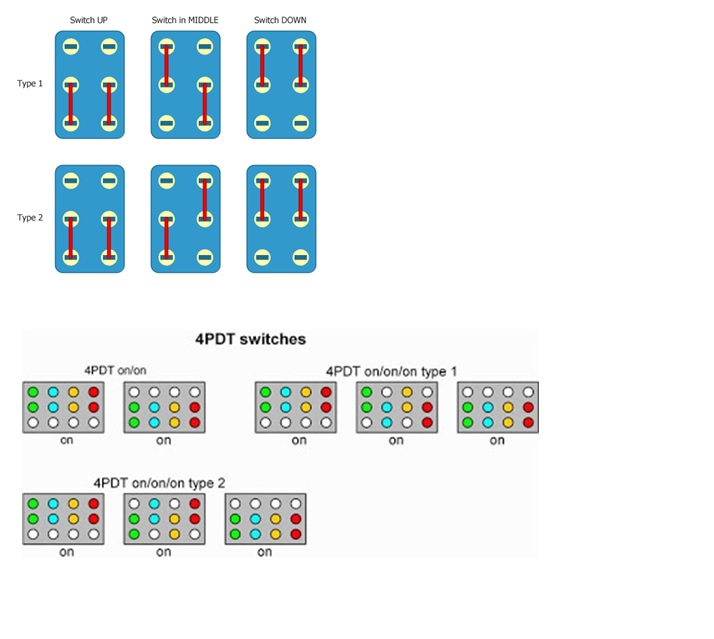 In fact, those names are meaning that how many circuits can be controlled.
The terms of pole and throw are also used to describe switch contact variations. The number of "poles" is the number of electrically separate switches which are controlled by a single physical actuator.
For example,
“SPST" switch is Single pole, single throw, a simple on-off switch: The two terminals are either connected together or disconnected from each other.
“SPDT” switch is Single pole, double throw, a simple break-before-make changeover switch: C (COM, Common) is connected to L1 (NC, Normally Closed) or to L2 (NO, Normally Open).
“DPST” is double pole, single throw, equivalent to two SPST switches controlled by a circuit.
“DPDT” is double pole, double throw, equivalent to two SPDT switches controlled by two circuits.
“3PDT” is 3 poles, double throw, equivalent to 3 SP and DT switches controlled by two circuits.